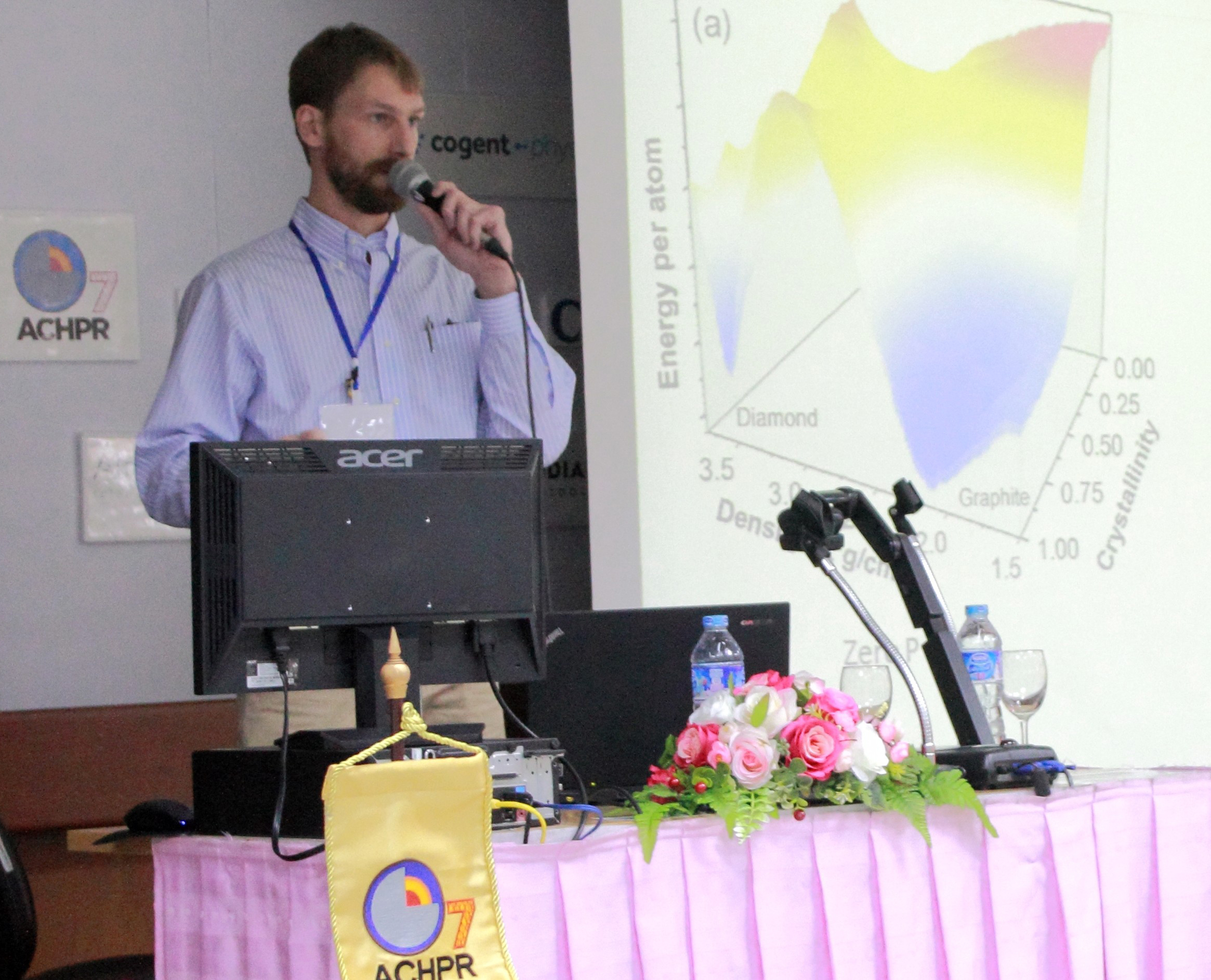 EFree Associate Director Timothy Strobel gave an invited talk at the 7th Asian Conference on High-Pressure Research (ACHPR-7). The conference was held in Bangkok, Thailand from January 16-18. The conference was attended by more than 100 high-pressure scientists from all over the world.
Strobel talk was titled "New Low-Density Allotrope of Silicon with a Quasidirect Band Gap." In it he described his new findings on the synthesis of a new low-density, orthorhombic allotrope of silicon, Si24. Si24 that was formed by thermal “degassing” of sodium from a Na4Si24 precursor formed at high pressure.