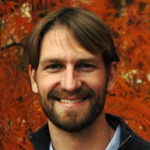 EFree Associate Director Tim Strobel talks about hacking silicon's structure to make it more efficient for use in computer chips and solar panels in the November 2015 issue of New Scientist. The element may have a whole valley named after it, but the atomic structure limits its ability to conduct electricity. This means that while silicon is ubiquitous, it's efficiency eventually hits a wall. But Strobel and his team last year created a new form of silicon, Si24, one that could improve a solar cell's ability to harvest the sun's energy. “You just need to squish it by 2 percent,” he said of this new and improved silicon.  The full article can be found here.